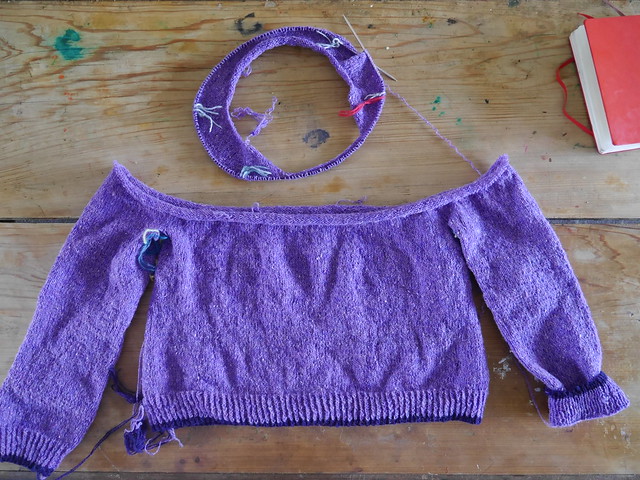 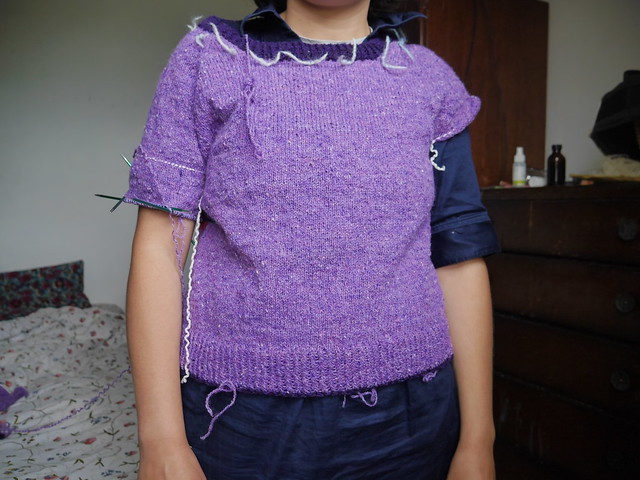 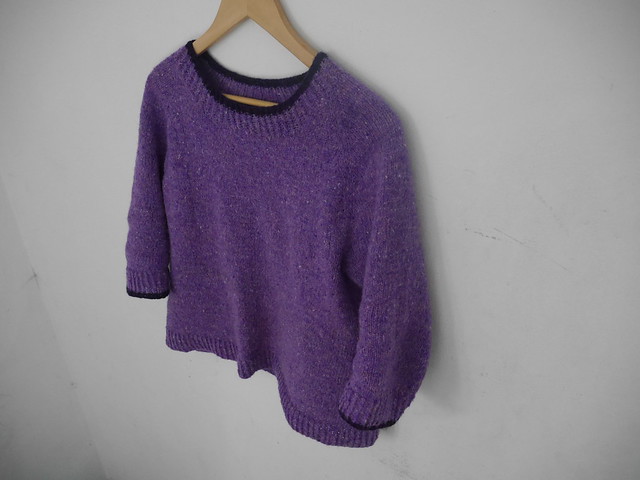 I have been quite here, but very busy at home and outside, finishing projects, both knitting and sewing, but mostly organizing and reducing the amount of things we own and think we need…

My latest finished project is this sweater, which has been a long time coming. The yarn was a birthday present from many years ago, and I finely admitted that I wasn’t going to knit a lace sweater any time soon, which was what the yarn was intended to. Instead I knitted a square gauge, found a suitable sweater and knitted. But one ball of yarn had a big hole which meant I didn’t have enough yarn to finish the sweater, which in the end turned out to be a good thing!

I decided to follow the Top-down tutorial from Fringe Association as I could knit as much as the yarn allowed me, and I learnt so much! It took me ages to knit though, because I worked and rework several bits of the sweater until it was as close as I could get to what I wanted. That is one of the best things of working with yarn instead of fabric, no matter how many times you mess up, you can do it again. I didn’t forgo the the Gabble sweater entirely, as I kept the A-line and borders.

So in the end I have a sweater that I’m not only proud of wearing, but something that I like the way it fits, which was one of my aims!